What Goes Up Must Come Down: The Transfiguration 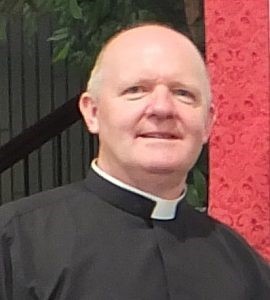 Mike is the Rector (Lead Pastor) of Saint Matthew’s. He trained at Saint John’s Theological College in Nottingham, UK, and was ordained Deacon at St. Paul’s Cathedral in London in 1989. After being ordained as a Priest in 1990, Mike served as Curate at St. Pauls Ealing in West London for four years. Then for nine years he was the Vicar of St. Cuthbert’s North Wembley, London. Mike came to Saint Matthew’s as Associate Priest in 2002 and was made Rector in 2009. Mike has written two books, No Crowds Present, published in 2007, and Taking Prayer Seriously, published as a part of the Anglican Agenda Series. Mike is married to Marianne and has five children: Naomi, Evangeline, Caleb, Kezia and Malachi. At heart Mike is a contemplative Priest with a love for Jesus, a love for God’s people and a desire to help people to live continuously in God’s presence.