Why Witness to Jews? 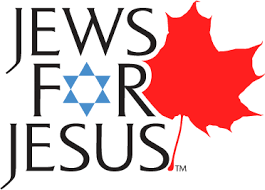 Save to your Calendar

Andrew Barron is the Director of Jews for Jesus Canada www.jewsforjesus.org. He and his wife Laura live in Toronto with their children Rafael, Ketzia and Simona. Andrew first heard the Gospel while a science student at Florida Institute of Technology. A friend shared a Gideon’s New Testament with him and challenged him to read it. Andrew used to work as a crew activity planner and orbit designer on the early Space Shuttle Missions.

Grace Church invites all to hear a presentation given by Jews for Jesus on Sunday, September 22nd at 6:00 PM. The topic will be Why Witness to Jews. Jews for Jesus is an agency that proclaims that Jesus is the Messiah of Israel and Savior of the world. The late Moishe Rosen, a Jew who has believed in Jesus for over 35 years, founded the organization. However, Dr. Rosen was quick to point out that he did not "start" Jews for Jesus. "Jews for Jesus began about 2,000 years ago, around 32 C.E., give or take a year. Jesus' first disciples were Jewish, and there have been some Jewish people who have believed in him ever since." The organization has permanent branches in eight North American cities (San Francisco, Los Angeles, Boston, Chicago, Toronto, New York City, Washington D.C. and Fort Lauderdale) as well as over 127 volunteer chapters spanning some 41 states and five countries. The group's international branches are headquartered in Johannesburg, London, Paris, Odessa, Moscow, Essen, Rio de Janeiro, Kharkov, Dnepopretrovsk, and Tel Aviv. To the Jews for Jesus, believing in Jesus makes sense in light of the Jewish Bible and in light of their experiences as "believers." For those who argue that Christianity contradicts the meaning of Judaism, the Jews for Jesus say there are answers, which their representative will be happy to discuss after the presentation. Call (604) 859-9937 or visit http://www.graceabbotsford.com/ for more information. There will be no admission charge.